Articulation, in short, is the ability of a child to correctly formulate and produce different phonemes (sounds). Sounds easy, right? Well, it’s actually not!

There’s a lot that goes into making the simple ‘t’ sound. Your tongue has to move to the roof of your mouth, you don’t activate your vocal fold, and you have to simultaneously blow air out of your mouth to create the actual sound. It’s a process which has breakdowns for a variety of reasons, which is why there is articulation therapy. Therapy focuses on correcting the sounds that are not being produced correctly or clearly.

If your child has difficulties with certain sounds, here are some articles that can help you with speech therapy and articulation activities ideas:

The first thing that needs to happen is for the Speech-Language Pathologist to determine which sounds are NOT being produced correctly.

As a parent, I’m sure you could listen to your child’s speech right now and write down sounds that aren’t coming out as they should. With that being said, there are certain sounds that aren’t produced until as late as age 5 (‘R’), so it’s also important to realize that certain speech errors are normal.

A Speech Pathologist (SLP) will perform a screening on your child to determine not only what sounds need to be focused on, but also what position of the words are the errors occurring (beginning, middle, or end).

An SLP will also tell you how your child is doing compared to other children his/her age, and which sounds are developing typically.

The process of isolation is exactly what it sounds like; isolating the sound that is causing difficulty for the child. For example, if the child is having issues with producing the ‘th’ sound, the SLP will start with activities that isolate that single sound. The child would repeat the /th/, /th/, /th/, sound over and over again until a certain accuracy level is met. Once reached, they will move on to the next level of therapy.

After mastery has been completed at the syllable level, you can move the child up to the words level. This is just putting the sound in any word, in the correct position. For example, if we were targeting the /t/ sound in the initial position, we would give the child words to repeat such as ‘top,’ ‘tongue,’ ‘two,’ or ‘toe.’ If we were targeting the final position, we could include words such as, ‘cat,” ‘bat,’ ‘coat,’ ‘sit.’

Once a word is placed into a sentence, your child is halfway through the goals of articulation therapy, which means you are almost there! Yay! You can place any word with the targeted phoneme into the sentence. Use as many of the targeted sounds as you can. For example, “The pretty pink elephant has purple carrots.”

This is not a typical step in articulation therapy; however, I am including it because it is a good step to use with older children (middle and high school). You can have older children write their stories and add as many of the specific sounds as possible. Have them read it aloud and have them repeat any words that they didn’t produce clearly or accurately.

The conversation step in therapy is much easier to tackle outside of the therapy room. You may see your child’s therapist rotating specific topics or showing cards, and having a conversation about them. At home, you just have normal discussions with your child and can monitor consistency and carryover of articulation. If you are consistently hearing errors, you should tell the speech pathologist in case scaling back to the sentence level is necessary.

Generalization is the last step in articulation therapy! Once your child has mastered the sound(s) at the word, sentence, and conversation levels, they are ready to move over to generalization. This step is where you ensure your child is speaking clearly and articulately across all areas (e.g. at the playground, at the movies, in the car). If not, the therapist may choose to scale back to the conversation or sentence level!

Download Speech Blubs App for more articulation therapy ideas and concepts that will give you more information. If you have any concerns, please see a Speech-Language Pathologist as soon as possible to determine if services are warranted!

Leave them in the comments! If you want to get a personal answer from our speech therapist, write to
ask-a-therapist@speechblubs.com! 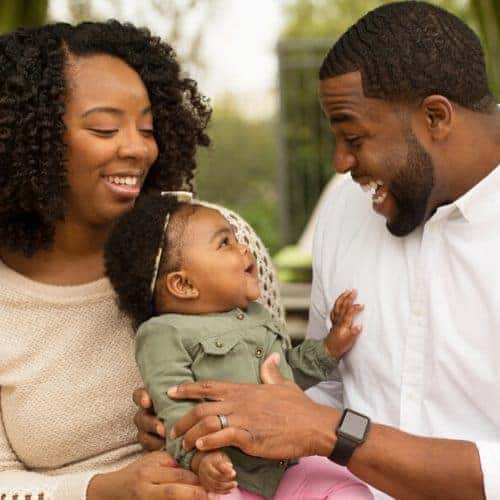