Temper Tantrum Guide: When, Why, and How to Deal with It

If you have a child of your own, it’s unlikely that we need to explain to you what a temper tantrum is – we’re sure you’re already very aware. For parents, temper tantrums can be extremely frustrating and, if you are out in public, can even be downright embarrassing. Rest assured however that the majority of tantrums are completely normal, and your child is not the only one who throws them. In fact, toddler tantrums are a regular part of growing up.

With that being said, there are different reasons that children throw tantrums. Some of these reasons are completely normal, while others may be a sign of underlying issues. Today we’ll take a look at the many different reasons that children throw  tantrums and provide you with a general guide on how to handle them. Let’s start by taking a look at when tantrums are likely to begin.

Temper Tantrum Phases and Why Children Go Through Them

The term “terrible twos” can sometimes be misleading, especially when it comes to tantrums. Because of this term, many people think that tantrums start when a child reaches toddlerhood. This is not accurate. Rather, it’s not uncommon for temper tantrums to start around 12 months or one year of age.

Baby tantrums are completely normal and rarely are they ever a sign of aggression. Rather, infants have not yet developed means of communication and often don’t have a way to express their emotions. As you can imagine, not being able to express yourself can be very frustrating and an infant lets their emotions out the best way that they know how – with a tantrum.

Tantrums in the toddler years can be a little more intense than baby tantrums and can often trigger a meltdown. Meltdowns can range anywhere from kicking and hitting, to screaming, and even breath holding. They look very similar to a tantrum, but the difference is that tantrums are an expression of a want or need. On the other hand meltdowns are a result of feeling overwhelmed from too much sensory input. Tantrums are very common and completely normal for both boys and girls between the ages of 1 and 3.

While some toddlers will have tantrums more often than others, it’s important that parents recognize that these are a completely normal part of childhood development. If your toddler is having a temper tantrum, it doesn’t mean that you are doing anything wrong. Rather, tantrums at this age are usually a sign of frustration or sadness. For this reason, you will often see toddlers having temper tantrums when they are tired, hungry, uncomfortable, or when they don’t get what they want.

By providing our toddlers with guidance on how to properly handle and communicate their emotions, we can eventually escape the toddler tantrums phase – it just takes patience.

Once a child hits the age of 4 or 5 they should be starting to grow out of the tantrum phase. By this time, most children have learned to better regulate their emotions and express themselves in a way that is more appropriate.

Having said that, some preschool age children do still throw tantrums. When they do, it’s usually for one of two reasons:

Just like in toddler tantrums, some older children have a difficult time regulating their emotions which, in turn, leads to tantrums. Because children each develop at their own rate, it’s not surprising that we often see preschoolers who still haven’t developed the skills necessary to keep their emotions at bay.

For children that are a little behind in emotional regulation, temper tantrums can often accompany feelings of anger, frustration, or sadness.

When a child is an infant or toddler, tantrums are usually related to the inability to express emotions properly. But as children grow older, a new type of tantrum can arise – the power tantrum. This tantrum is all about what you would expect – power and control. If your child is throwing a power tantrum, it could be that they are trying to test your authority.

An example? If you’ve ever seen a child yell and scream at their parents because they don’t want to put on their coat – that’s a power tantrum. In such a situation, there is no reason for the child to be emotionally stressed out or upset. Rather, they are just trying to test their parents and display their independence.

While power tantrums are not as common as toddler tantrums, it’s not an uncommon childhood behaviour. You should not be hard on yourself if your child is throwing them. Like other tantrums, these can be overcome.

Can a Temper Tantrum be a Sign of Bigger Problem?

So we’ve talked a little about the different reasons that babies, toddlers, and children have temper tantrums. But while most tantrums are completely normal, there are times that they can also be a sign of an underlying condition.

More specifically, research has recently found a connection between late talkers and tantrums. In fact, one survey found that late talkers are twice as likely as “typical” talkers to have severe and frequent tantrums. This pattern was not only found in children, but was actually found in infants as young as 12 months old. This means that infant and toddler tantrums can also be related to delayed language development. Furthermore, it has also been suggested that early speech problems can lead to persistent language problems, which can affect both academic performance and mental health as one ages.

You may or may not be surprised to know that there are actually several different types of temper tantrums. Here are a few of them:

How to Avoid Toddler Tantrums

So now that we know what causes temper tantrums, what can we do to deal with them? The best way to deal with tantrums is to prevent them altogether. You can reduce the likelihood of tantrums by:

How to Deal with Temper Tantrums in Toddlers

Of course, we can try to avoid temper tantrums as much as we want, but they’re probably still going to happen once in a while. When they do, here’s how to handle them:

Read more on how to deal with a temper tantrum and what are the most common mistakes parents do, when their child throws a tantrum.

In conclusion, there are many reasons that your child could be throwing a tantrum. Don’t be hard on yourself. Infant tantrums, toddler tantrums, and childhood temper tantrums are a completely normal part of growing up. With that being said, if you find that your child is having an unusual number of tantrums, it could be because they are having difficulty expressing themselves through language. If this is the case, it’s best to seek out a speech therapist or use a speech therapy app like Speech Blubs to help deal with any language development problems before they become an ongoing concern. 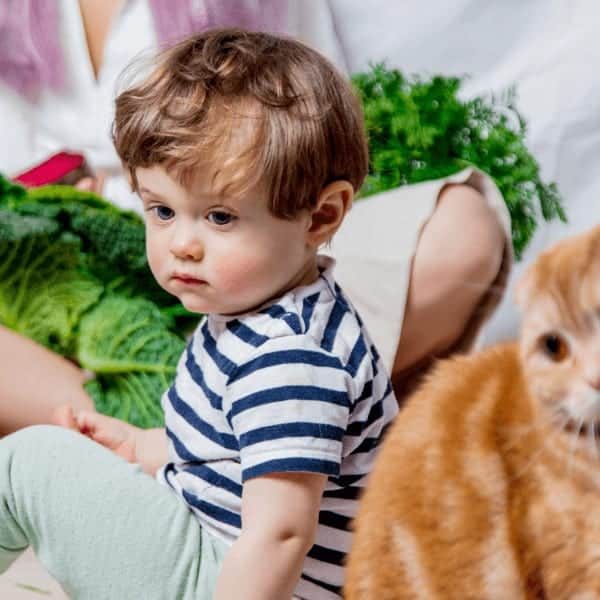 Does My Child Have a Speech Delay?

Kids and Screens: Screen Time Can Be Shared Time 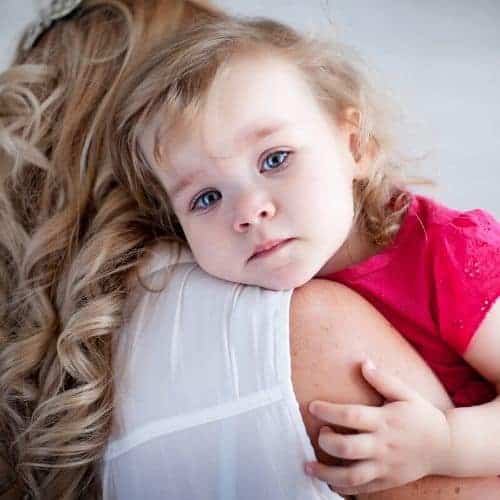