Is there a link between Hyperemesis Gravidarum and Autism?

Autism Spectrum Disorder (ASD) is a rapidly growing diagnosis for children. Unfortunately, scientists and researchers do not know why ASD occurs, but are making more and more advances every day.

I have written several blogs for Speech Blubs regarding ASD, causes, symptoms and treatment. Feel free to search for that information, but I won’t be covering any of that material in this blog so that it’s not redundant.

Hyperemesis Gravidarum is a severe form of morning sickness during pregnancy that typically requires medication to control.

Hyper-, meaning “excessive,” emesis, meaning “vomiting” and gravidarum, meaning “pregnant woman”. Other mayor symptoms are nausea and weight loss. It is thought to be a result of high levels of pregnancy hormones, but the exact cause is not known at this time.

If you don’t already follow her, I suggest checking out Amy Schumer’s pregnancy experience. She had the worst diagnosis of Hyperemesis Gravidarum that I’ve ever seen with her son, Gene. Although very graphic at times, she was open and honest about her struggles with the illness.

A recent research project was conducted by Kaiser Permanente at the Southern California Research and Evaluation Center. It concluded that:

“Children whose mothers had hyperemesis gravidarum — a severe form of a morning sickness — during pregnancy were 53% more likely to be diagnosed with autism spectrum disorder.”

This study is significant because, although it doesn’t say Hyperemesis Gravidarum CAUSES autism, it is suggesting that there is a strong link between the two. In order to determine the frequency of the two conditions, Kaiser Permanente looked at 500,000 births in the Southern California area. They compared the children whose mother was diagnosed with Hyperemesis Gravidarum and those whose mother had no morning sickness.

The study further explained that:

“The results are consistent with the hypothesis that women experiencing hyperemesis gravidarum have poor nutritional intake, which may, in turn lead to potential long-term neurodevelopmental impairments in their children. The study cannot, however, rule out other possible explanations, such as perinatal exposures to some medications and maternal smoking.”

Another study was conducted in 2018 by Andrew Whitehouse at Telethon Kids Institute, which further validated the study from 2014.

“Study concluded that women who experience HG, have a greater risk of having a child with behavioral and neurodevelopmental conditions.”

These conditions can include an intellectual disability, developmental language disorder and attention deficit hyperactivity disorder.

The study also determined a link between hCG, which is the pregnancy hormone and children that are born with ASD.

“An increased risk of offspring with ASD was identified for women with the highest and lowest level of hCG concentration distribution, suggesting a link between atypical hCG regulation and offspring ASD.”

In other words, if you have a very high level of pregnancy hormone or a very low level, the risk of ASD is significantly higher.

Both studies went on to reiterate that this is not stating severe morning sickness causes autism. Hyperemesis Gravidarum needs to be treated so that the mother does not lose an extreme amount of weight and to ensure the baby is getting adequate nutrition and hydration.

If you’d like more information on this topic, please let us know and we can provide more articles/research regarding Hyperemesis Gravidarum.

Read more on this topic in this scientific study and on Science Daily. 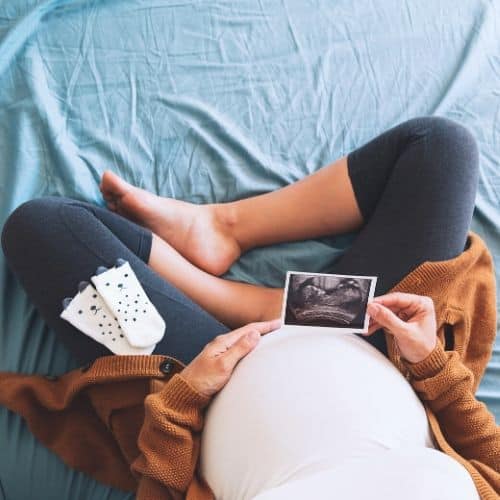 Is there a link between antidepressants and speech delay? 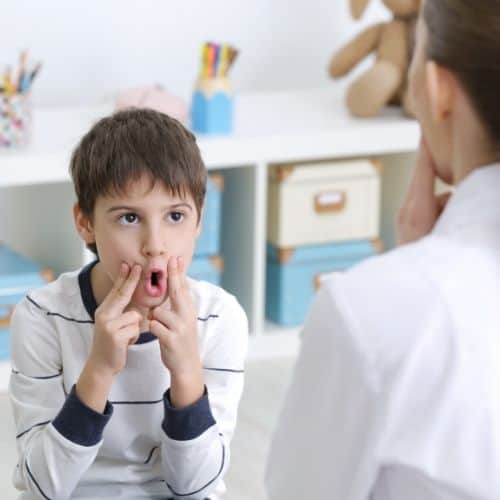 When to Worry about Stuttering in Young Children? 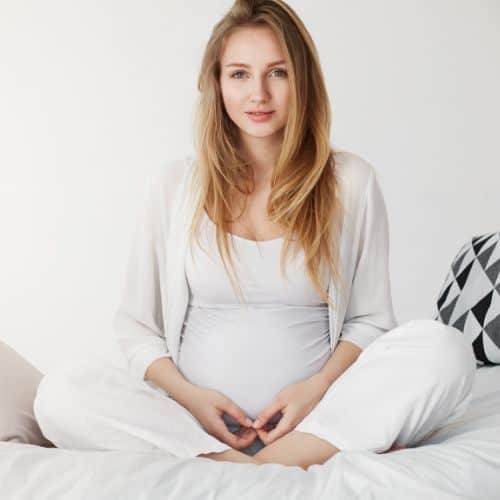