I don’t know about you, but right now, I do anything I can with my children in our backyard. It gets them out of the house, keeps them busy for a little while and gives us all a much needed change in scenery.

That’s great, but did you know that there are actual scientific benefits to having your child play outside?

Research has proven the need children have for natural environments often and in a variety of different ways. Compared to when we were growing up, children are spending more and more time indoors, hooked up to electronics or watching the television. Unfortunately, many schools are either cutting down the amount of time children have for recess or even cutting it out all together!

What are the benefits of playing outdoors?

According to research, children who play outdoors regularly (University of Nebraska):

While it’s important to gain academic knowledge, the outside world can provide for many different types of learning that children will not experience in the classroom or in the house. So what are these benefits? The benefits of spending time in nature have been widely documented in recent years. Research has shown that nature benefits children (and adults) in:

These benefits have been further studied by Cornell University who went on to find that “For children living in highly stressed families and house- holds, nature provides an outlet to express emotions and allows children time to make sense of their world.” Researchers from Cornell University (2003) found that a room with a view of nature can help buffer children from stress, and that nature, either in or around the home, appears to be a strong factor in protecting the psychological well-being of children in rural areas.

Why should kids spend time outside?

Another great reason to get outside is to develop social skills. Yes, these skills can be addressed in the home or at school, but playing on the playground gives a child a whole new perspective when learning and honing in on these skills. Researchers have found that “children are likely to engage in more fantasy play, and their social relationships are based more on their language skills, creativity, and inventiveness rather than on their physical competence (University of Nebraska, 2013).

Finally, children who are diagnosed with Attention Deficit Hyperactivity Disorder have been seen to improve tremendously when they get outdoor play time! Researchers have discovered that these children require less medication to control their ADHD, boosts their attention span when working on academic topics and fosters more fantasy play, which creates a positive child-parent relationship.

In summary, outdoor play can have significant benefits on children, both physically, emotionally and cognitively. Playing outside allows children to run, jump, skip, walk and “blow off steam” that would normally result in negative behaviors. These physical movements have shown to lessen the chances of depression and anxiety!

It doesn’t matter what you do outside with your kids, as long as you are outside! Go for a walk, play with sidewalk chalk, play on the playground, skip, jump rope…anything you and your child want to do!

Dinosaurs for Kids – Why Are Dinos So COOL? 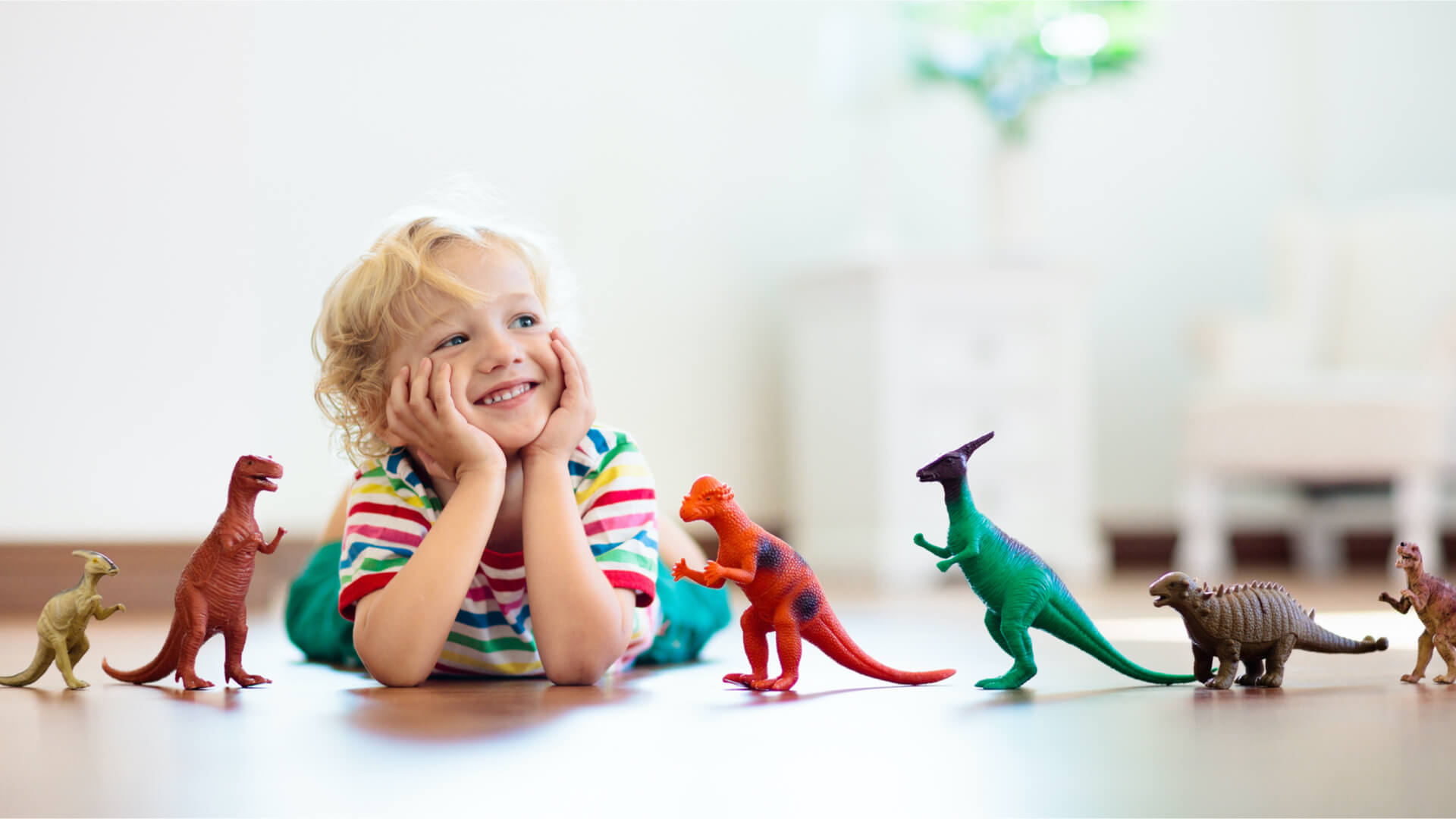