Let’s take a closer look at autism spectrum disorder by:

The History of Autism

Before sharing the most current definition of ASD, it’s important to know its history as a concept. Not surprisingly, the disorder has evolved since it was first thought of in 1911 by German psychiatrist Eugen Bleuler. “He used ‘autism’ to describe a symptom of the most severe cases of schizophrenia – another concept he came up with. He first thought that autistic thinking was characterized by infantile wishes to avoid unsatisfying realities and replace them with fantasies and hallucinations. ‘Autism’ defined the person’s symbolic ‘inner life’ and was not readily accessible to observers (Bleuler, 1950[1911]: 63).”

This definition was thought correct by most, including bigshot Swiss psychologist Jean Piaget, until the mid-1960s when British child psychologists confirmed that child psychology was actually a science, and (that autism meant) the exact opposite of what it had meant up until that time.” The definition of the word autism was then radically reformulated from a description of someone who fantasized a lot to one who did not fantasize at all (Rutter, 1972: 327).

The Autism Society defines Autism, or Autism Spectrum Disorder (ASD) as “a complex developmental disability, typically appearing during childhood and affecting a person’s ability to communicate and interact with others.

While there is currently no known single cause of autism, early diagnosis helps a person receive the support and services that they need, which can lead to a quality life filled with opportunity.”

The American Psychiatric Association reports that the characteristics of ASD fall into three categories:

The Autism Resource Center’s webpage “hopes to present some of the most common myths and misconceptions about autism.” 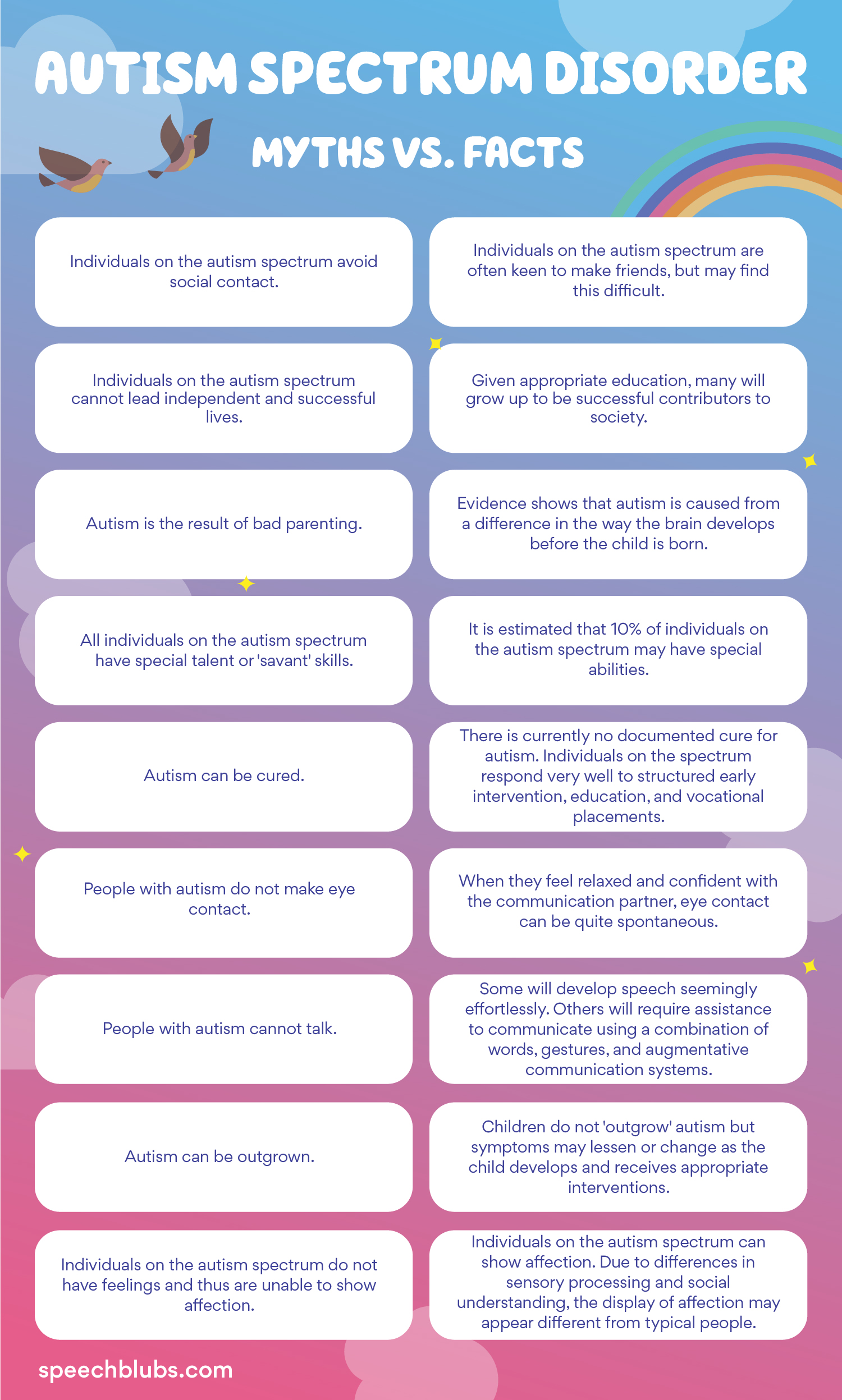 Getting Your Child Screened

The American Academy of Pediatrics (AAP) recommends “screening all children for symptoms of ASD through a combination of developmental surveillance at all visits and standardized autism-specific screening tests at 18 and 24 months of age in their primary care visits because children with ASD can be identified as toddlers, and early intervention can and does influence outcomes.”

11 Tips for Dealing with Autism

Here are 11 tips for day-to-day dealing with some of the challenges of a child with ASD:

Know when to take a break.

2. Get off the Internet.

It can scare the crap out of you. Seriously, stop playing “Dr. Autism Google.” Step away from the search engine.

Get on social networking sites. Talk to other parents. Get to know them. You’ll get a better understanding if those choices are right for you. Facebook, Twitter and online groups are awesome.

4. Be prepared to hear a lot of advice you did not ask for.

Warning: it never ends. I find sarcasm and raising my eyebrows over my glasses helps a lot.

5. Respect your elders in the ASD world.

Recognize what others do works for them. You’ll see why. Don’t be that know-it-all parent out the gate. Remember they have been sleep deprived much longer than you.

6. Accept the fact that you are going to try stuff that is totally not going to work.

Some cures/therapy/meds will be duds.

Don’t be afraid to ask for therapy and/or lessons for something as gifts.

8. Accept that some folks who buy gifts for your kid won’t do the above.

You’re going to get a lot of gifts that your kid won’t even be remotely interested in. Save it. Maybe in a year or two, your kid might like it. Or donate it. Regift it. Return it for therapy cash.

9. Be open to doing stuff you think is ridiculous.

You really just don’t know what your kid is going to respond to. Give it an honest college try before you realize if it’s a hit or a miss.  This could mean trying the Speech Blubs app, diet, meds, etc.

10. Take your kid out everywhere.

11. Allow yourself a pity party.

Moan, cry, rant and rave and do it when you need to. More than once. Just don’t dwell on it too long.

The month of April is Autism Awareness Month. Most schools have students who are dealing with ASD. Whether they are in a specific separate program or integrated into mainstream classes, it’s important for parents to educate themselves about autism. ASD affects one child out of 110, so there’s a pretty good chance that your child has some contact with an ASD child. Getting to know what to expect can help kids and parents understand these kids, as well as diminish the fear of integrating them into classes. For more information about autism, visit the Autism Society website.

Take this quiz and get a report on your child’s milestones and a personalized learning plan.

How to Survive in Isolation Stress-free

In our efforts to limit the spread of the Coronavirus, we are forced to spend a lot of time in isolation. Since many of you…